Return to previous page
Home About Us Governance 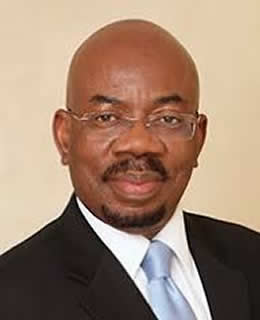 Jim Ovia is the Founder of Zenith Bank Plc where he retired as pioneer Group Managing Director / Chief Executive Officer after two decades of meritorious leadership which positioned the bank as one of the largest and most profitable banks in Africa. As an accomplished banker with over three decade’s experience, he introduced a great deal of innovations into the Nigerian banking industry.

Jim Ovia was also the Founder of former .Visafone Communications Limited. He is the Chairman of the Nigerian Software Development Initiative (NSDI) and also Chairman, National Information Technology Advisory Council (NITAC). He is a member of the Honorary International Investor Council as well as the Digital Bridge Institute (DBI).

Jim Ovia is a noted philanthropist and has headed numerous Non-Governmental Organisations [NGO] at various times including being the first President of the Nigeria Internet Group (2001-2003). He is the founder and Chairman of Mankind United to Support Total Education (MUSTE), a philanthropic organization focused on providing scholarship for the less privileged, of which some of the beneficiaries are now qualified professionals in diverse fields. He is also the founder of the Youth Empowerment / ICT Foundation, which focuses on improving the socio-economic welfare of Nigerian youths by inspiring and motivating them to embrace Information and communication technology.

In November 2000, Jim Ovia was conferred with the national award of Member of the Order of the Federal Republic (MFR) by the President, Federal Government of Nigeria. He had earlier received the Zik Award for professional leadership in April 1999. He was also conferred with the honorary degree of Doctor of Science (D.Sc) in Finance by the Lagos State University in October, 2005.

He was recently appointed Chairman of the Committee on “Nigeria Polio-Immunisation Action Group”. The committee in collaboration with Bill & Melinda Gates Foundation seeks to eradicate the scourge of the dreaded polio disease in Nigeria.